The Bell 212 is a twin turbine, two bladed single main rotor, medium lift helicopter designed to carry up to 15 persons, including the pilot(s). 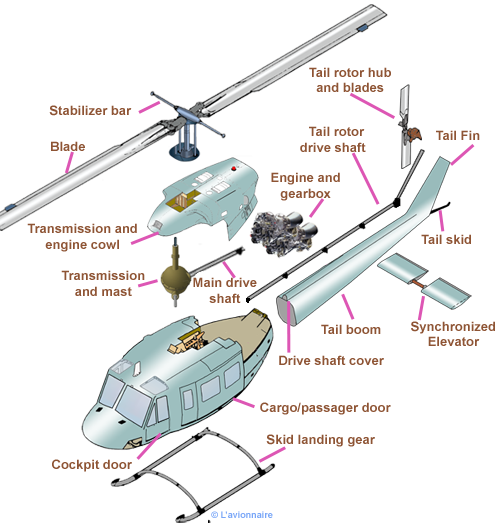 Forces acting on a helicopter

As soon as a helicopter leaves the ground, four main forces act on it: Propulsion, drag, lift and weight. In order to fly, it is important to understand how these forces act and how they can be controlled through propulsion and flight control. .
The propulsive force (movement of the helicopter) is the forward force generated by the engine, propeller or rotor. It counteracts the air resistance caused by flow disturbances of the rotor, fuselage and other protruding objects. The drag counteracts the tractive force and acts parallel to the relative wind in the backward direction.
The combined weight of the helicopter itself, crew, fuel and cargo or baggage. The weight pulls the helicopter downwards due to gravity. It counteracts lift and acts vertically downwards through the centre of gravity of the helicopter. The lift opposes the downward force of the weight. It is generated by the dynamic action of the air on the rotor(s) and acts perpendicular to the flight path. 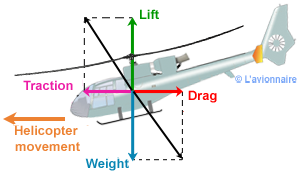 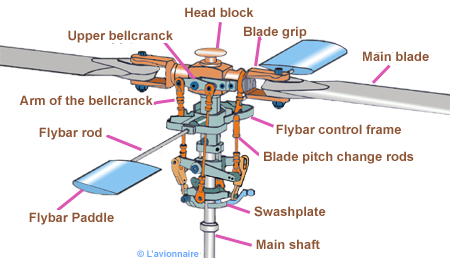 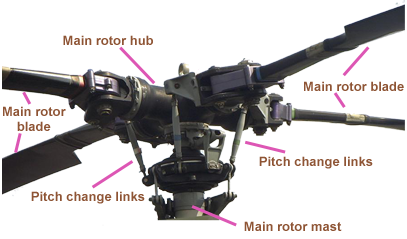 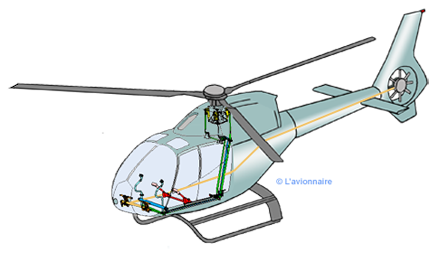 Basically, these units do the same things, regardless of the type of helicopter on which they are installed; however, the operation of the control system varies greatly by helicopter model. 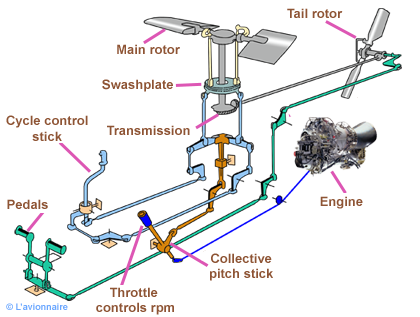